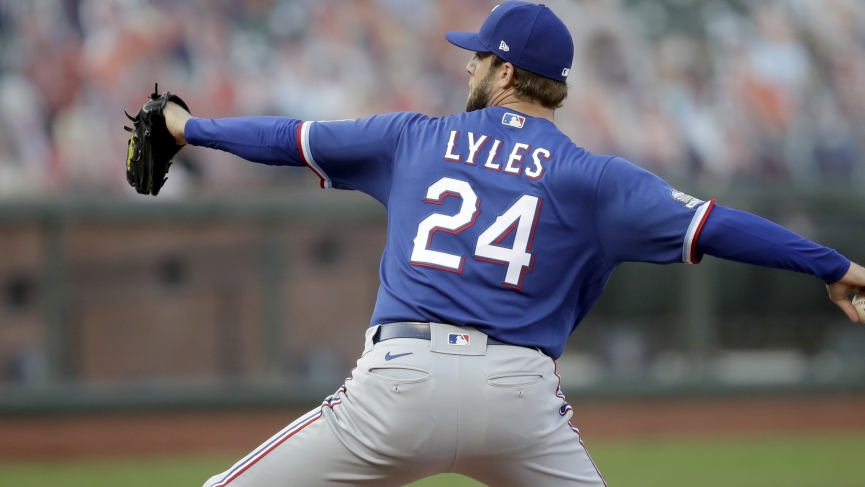 Let’s get into today’s MLB card and start with my Giants vs Rangers pick. San Francisco Giants will look to sweep the struggling Rangers. With veteran Jeff Samardzija on the mound, and this Ranger team looking lost at the plate, look for the crafty veteran to get his first win of the season. Game 2 will be the rubber match between the Oakland Athletics and Seattle Mariners. Runs, runs, and more runs.

If you haven’t noticed the SF Giants are playing sneaky well, despite their mediocre 5-4 record. In their 6 games, they have been up against arguably the best two teams in the league, LA Dodgers, and San Diego Padres. Since those two series, the Giants have beaten up on the Texas Rangers, and blasting teams with 30 runs in their past 4 games. You know the Giants will want to get the sweep today, and with Jeff Samardzija on the mound, this team has a great chance.

Texas on the other hand, has been a very inconsistent team, only winning two games all year. Until the Rangers start to generate some hits/ runs, I am not going to put my hard-earned money on them. They will be going up against an angry Jeff Samardzija who faced a very tough padres team in his first game. He is now faced with a Ranger team hitting 0.186 batting average, and a weak 0.232  BABIP (ball batted in play). This tells you the Rangers are not hitting, where the Giants are smashing. San Francisco averages a 0.256 batting average, with a superb 0.315 BABIP.

The Rangers are looking to Kolby Allard to make his first start of the season. I would almost say this is a desperation call. Kolby did not have a good finish to 2019. His ERA was 4.96, while his WHIP was 1.56. Numbers like that tell me he will need a few starts to get his form back to what he would like it to be. Since Texas does not play much in San Francisco, this will be Allard’s first start against the Giants, and at Oracle Park. My biggest red flag would probably be Allard’s RISP (runners in scoring position). At 34% a number like that will lead you into trouble when faced with a team that gets the ball in play, and the Giants to just that.

As I’ve been saying, Samardzija has a great bounce-back spot, and I love the fact he gets to play at home where he holds a 0.253 batting average, and a 1.24 WHIP. I will be backing the San Francisco Giants early and often, both bullpens are not lights out and we do not want this game lost after the starters leave the game.  Player to watch: Donovan Solano aka Donnie Barrels. He’s been a key the Giants recent success, with 13 RBI’s, batting 0.448 the 32-year-old showing he’s still got pop to that swing.

Kendall Graveman will be faced with his former team for the first time. Playing nearly his whole career with the Athletics, Graveman will look to get himself in the win column with his new squad. His first game was at Houston and against a heavy-hitting lineup, despite their cheating way the Astro’s showed Graveman the don’t need a buzzer to hit home runs. Nothing went right for Graveman in his first start, I am expecting a much better effort tonight when he gets a chance to show his old team he still has it.

Chris Bassitt on the other hand is coming off a gem of a performance, it was only four innings but Bassitt did not allow a run while stringing out five, and walking one. Now that was against the LA Angels who are a much weaker hitting team thus far. The Mariners who sit in the top ten in almost every offensive category, are going give Chris a much more challenging start.

I would give the offense to Seattle, but late you have a heavy pitching discrepancy in the bullpen. Seattle still lacks bullpen arms to get them out of jams late, while the Athletics have shown over the past few years they are the bullpen to arguably beat.

My data is telling me to pull the trigger on the full game over. Mariners are hitting, Bassitt was not challenged. Graveman had a tough start but is now facing his old team. Although the Athletics are not hitting, it’s a matter of only time until they explode for eight runs. Keep an eye out for Mariners Rookie Kyle Lewis, batting 0.448, and slugging 0.655.