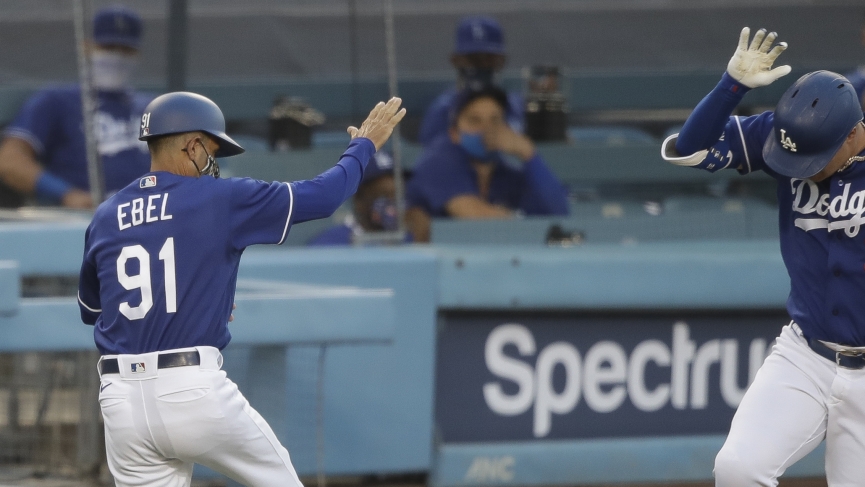 Baseball’s new Opening Day comes at a time of the summer when we’re used to seeing teams starting to get back into their rhythm following the all-star break. So, a lot of things are going to seem weird when the San Francisco Giants and Los Angeles Dodgers take the field on Thursday (July 23) for the second contest of the day after the New York Yankees visit the defending champion Washington Nationals. Let’s get into my Giants vs Dodgers pick.

But one of the strangest sights will be someone other than Madison Bumgarner not starting San Francisco’s first game of the season. It’s going to be business as usual for Los Angeles with Clayton Kershaw on the hill making his ninth career start, and there’s nothing strange about the southpaw being tagged with some heavy chalk on the MLB odds for the clash.

Instead of Bumgarner, who signed with Arizona over the winter, it will be Johnny Cueto who gets the call for the Giants in the second game of ESPN’s Opening Day doubleheader. Kershaw will deliver the game’s first pitch around 6 o’clock local time in LA, and the Dodgers are carrying a -300 money line at FanDuel.

Bumgarner made five of the last six Opening Day starts for San Francisco, while Cueto gets his first such nod since 2015 when he was with the Cincinnati Reds. The Dominican got knocked around in three spring starts earlier this year before the shutdown and missed most of 2019 following Tommy John surgery. Cueto made four starts last September for the Giants, two of them good and two of them bad.

One of the bad ones came in San Francisco against the Dodgers, the righthander serving up three home runs and only lasting two innings. One of the homers was slugged by Cody Bellinger, among the top picks in the NL MVP race this season along with his new LA teammate Mookie Betts. Bellinger is 6-17 (.353) against Cueto over the years, while Betts will be facing him for the first time since 2015. Cueto has enjoyed pitching at Dodger Stadium, Johnny Beisbol compiling a 1.37 ERA over his last five starts in Los Angeles with the Giants winning four of those games.

Kershaw, of course, is no stranger to the Giants having faced them 13 times in the last three seasons alone. San Francisco did get the better of the southpaw in two of his three assignments a year ago, all three of those contests finding the Dodgers heavily favored on the baseball odds board. Several San Francisco veterans such as Buster Posey, Brandon Crawford and Pablo Sandoval have plenty of experience against Kershaw, but for some of the younger Giants like Mike Yastrzemski and Mauricio Dubon, this will be their first looks at the 3-time Cy Young Award winner.

Though he grew up in the Los Angeles area and worked for the Dodgers in a player development role from 2014-17, Gabe Kapler is getting his taking his first real bite of the Giants-Dodgers rivalry as he makes his SF managerial debut. Hired to replace longtime skipper Bruce Bochy, Kapler spent the past two seasons managing the Philadelphia Phillies. He’s got his hands full with this Giants team that is a 75/1 longshot to win the NL West on the baseball futures. 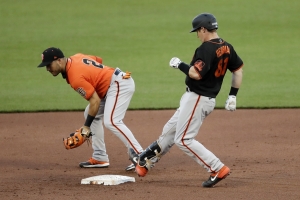 Buster Posey, the real face of San Francisco baseball, has opted out of the 2020 season, but the Giants are otherwise healthy. The team was bringing reliever Tony Watson (shoulder) along slowly back in Spring Training, but the lefty should be okay to presumably take the closer’s role in San Francisco.

Dave Roberts’ biggest health concern at the moment is his closer, Kenley Jansen. The right-hander tested positive for the virus when Summer Camp was opening up, but he arrived earlier this week and is expected to be ready to pitch.

Thursday’s matchup will mark the 2,507th time the Dodgers and Giants have met during the regular season, and San Francisco has all of 23 more wins than LA in the long history. The Dodgers have captured the last three season series, however, taking 12 of the 19 clashes a season ago.

Of the 10 games played in Los Angeles last year, the Dodgers won six while totals split down the middle 5-5 O/U. Five of LA’s 12 wins were shutouts, and the Dodgers outscored the Giants by a whopping 93-45 margin in the 19 games.

Thursday’s total is 8, with the ‘under’ carrying a little extra juice at Fan Duel. It’s tough to know right now just what the atmosphere will be in the two dugouts at an otherwise empty Dodger Stadium. Roberts simply has so much more firepower to throw out there in his lineup than Kapler has with the Giants. I’ll be playing the ‘over’ 8, and expecting most of those runs to come on LA’s side of the scoreboard.