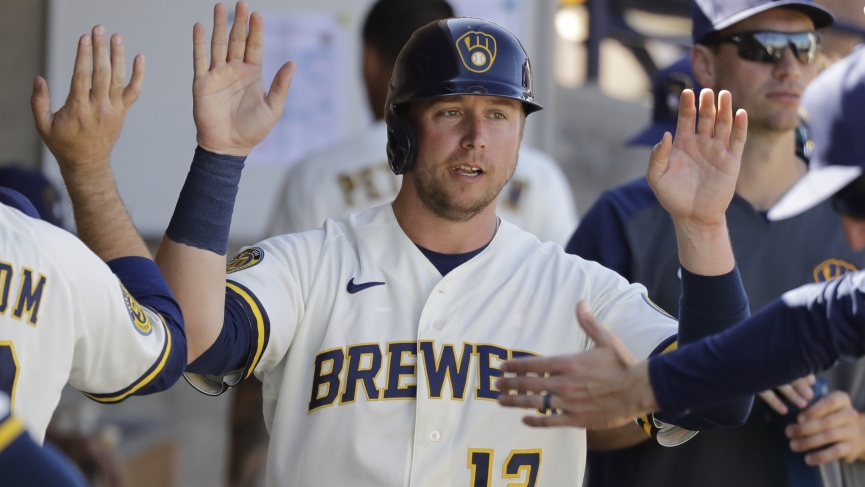 Its prop betting time for my Brewers vs Indians Pick. Tonight will take a look at Corbin Burnes and Carlos Carrasco, the two teams will take the stage after enjoying a rare day off in a 60 game season. Let’s take advantage of this rare break in action, both clubs scoring at less than 30 percent in the first innings of play, and have glaring strikeout problem on each side of the plate. Pull the trigger prop style, no run in the first inning -115.

Corbin Burnes will be faced with this hard-hitting Indians lineup for the first time in his short two year career. Burnes is making a name for himself in 2020, holding his opponents to under 0.200 batting average on the year, and on the road. His FIP tells you, Burnes is a tough guy to get runs off of, though he will be tested when the surging Indians lineup comes to the plate.

This is a key factor in betting “no run in the first inning”, I have a new segment in which I showcase each team’s top player. Tonight will be Franmil Reyes for Cleveland, he has 14 hits, and 7 RBI’S in his past seven games. Thankfully for Burnes, he hits 5th in the lineup, keeping him out of our first inning action bodes very well for Burners. The first time facing a pitcher, the advantage goes to the arm.

Carlos Carrasco will benefit from a soulless Brewers squad who are having major issues consistently contributing runs. Carrasco struggled in his last two starts at home giving up seven runs to the Tigers and Cubs. Both squads he was tagged by are light years better than Milwaukee at the plate. Carrasco’s last start he went scoreless, striking out six batters in 6 innings. Our player to watch is Christian Yelich for the Brewers, fortunately for Carrasco, Yelich only has two hits in his career, and he’s struck out seven out of his ten at-bats against Carrasco, yikes. This crafty veteran has been through it all, I highly doubt this bottom five offense will get to Carrasco.

We have a plethora of problems trying to sort out what to do with the Milwaukee offense. If your team collectively is batting below .200 and striking out a 26.7 percent clip on the year, you have problems. Other than Gamel who will more than likely hit first for Milwaukee today, has positive numbers off Carrasco. I am not taking much of that into effect since he’s only had five at-bats against Carrasco. Milwaukee won four of their past six games, but they’ve all been at home where they seem to play much better baseball for whatever reason. Until we witness Milwaukee win on the road against a top ten team, an ace on the mound, you want to fade this team going forward.

This is where we need Burnes to be on his game, even tough Reyes is batting fifth in the lineup, we still have to get through Jose Rameriz and Francisco Lindor. Advantage goes to the pitcher since he’s never had to face the Indians squad, though things could change as the plate appearances go up. I believe this bodes very well for a sneaky good pitcher that the Indians have very little tape on. Cleveland can only keep up their outrageously stout offensive numbers for so long, regression is coming for Cleveland and Burnes is the perfect go-to stifle this Indians lineup.

Once Corbin Burnes leaves tonight’s game after about five innings, we will get a glimpse of some bad pitching out of the bullpen. In 52.1 innings on the road, they’ve somehow allowed teams to hit for over .300, walking almost 2 batters per inning. Cleveland should have little trouble late after they scuffle against Bunres in the first five innings.

Just like their offense the Indians have a much superior bullpen than what the Brewer will counter with. All signs lead me to believe Cleveland flex their guns both in the bullpen and at the plate, starting a new home stand winning streak. My recommendation would you back the slow start each team will inevitably have when Burnes and Carrasco take the mound. Best Bet “ No Score in the 1st Inning -115 ”.