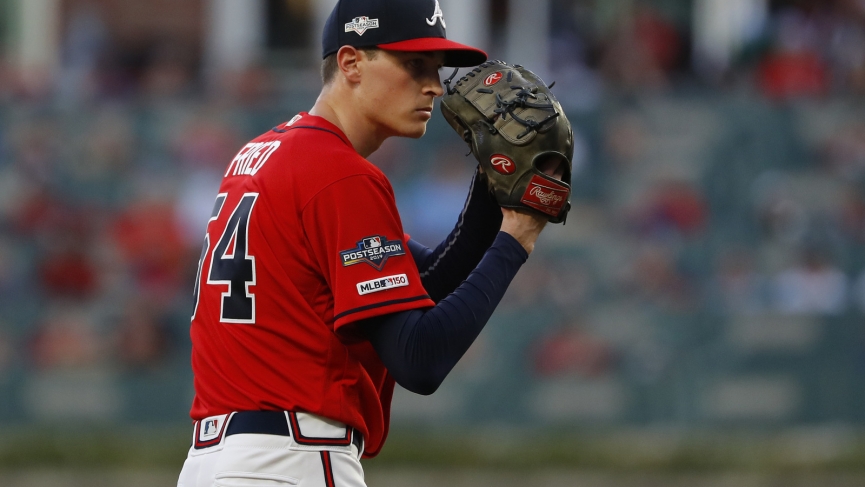 OddsHQ’s Atlanta Braves vs New York Mets Pick – 9/18/20: The Braves are 29-21 with just a few games left in the regular season. Atlanta backers have profited +$421 dollars betting on the Braves in all home games, with a 24-10 record as favorites. Tonight they take on the unprofitable NY Mets, who are 2.5 games back of the 8th and final NL Wild Card spot.

A Race To The Finish Line In The NL East

The Braves come to New York with a 29-21 record and despite what happens in the Mets game on Thursday night in Philadelphia. Based on the current odds, I believe the visiting side is worth the price of admission in Game 1 of this series on Friday. I also think the “over” is worth a second look.

The Mets are 22-27 (as of writing) and the Phillies are 24-24, but it’s the Miami Marlins who are second in the NL East at 25-22. We have just over ten days left in MLB’s regular season and as such, I don’t expect Atlanta to take the foot off the gas with the finish line in sight.

Season Series Between the Divisional Rivals

These teams have played two series so far this season. The Mets took the first game of a three-game series in Atlanta 1-0, but the Braves then won the next two by scores of 5-3 and 14-1. Then at the start of August, they played four games in New York, and the Braves went 3-1 overall, winning the first game 11-10, the second 7-1, and the third 4-0, before the Mets then finally answered with a 7-2 victory in the fourth. These teams have played seven games against each other and the Braves are 5-2 so far.

Atlanta has to be feeling confident here by sending “ace” Max Fried to the hill, as he’s 4-0 with a 1.98 ERA (Fried was 17-6 with a 4.02 ERA last year.) Fried returns from the ten-day injured list because of back spasms and he’s been sharp on the road so far this season, going 2-0 with a 1.71 ERA. The Braves starting rotation is depleted, so Atlanta has to be thrilled that Fried’s injury was deemed not serious.

The home side was originally scheduled to have rookie David Peterson take the mound, but his start has been pushed back to Saturday. That means that Steven Matz (0-4, 8.36 ERA) gets the nod on Friday. Matz returns from the ten-day injured list as well and he makes his way back into the starting rotation after transitioning to the Mets’ thinned out the bullpen. Let’s be frank, Matz has been terrible this year. Last season he was 11-10 with a 4.21 ERA and while he’s been better at home than on the road, his recent form leaves everything to be desired.

The Braves host Miami for a four-game set after this and that’s not going to be an easy series. The Fish are surging and nipping at the Braves heels in second place in the division. Atlanta then finishes off this abbreviated 2020 season with three games at home vs. the Red Sox.

The Mets host Tampa Bay for three games after this series. The Rays are in a race themselves. New York then concludes its campaign with a three-game set in the Nation’s capital.

There is some concern with Fried, as his fastball was clocked 1.5 MPH slower over his final two games before he landed on the DL. The Braves are in the driver’s seat in the division though and while their starting rotation has taken a beating of late, they wouldn’t risk Fried’s health at this point if they weren’t positive he was ready to go. Matz was decent in his lone meeting vs. Atlanta, going six innings and allowing two hits and a run along with seven strikeouts, but since then he’s been an absolute train wreck. Fried has faced the Mets once this season as well, throwing opposite Matz all the way back on July 25th. In that start, Matz went five frames and allowed two runs off two hits with five strikeouts. Fried enters in better form and the Braves benefit from having the extra day off to prepare. If you don’t mind laying a mid-sized price, I think division-leading Atlanta offers great value in a contest which I predict to be lop-sided in nature once it’s all said and done.

The best price on Atlanta is currently at -161 (via BetMGM)

I like the “over.” Four of the seven in the season series between these clubs have gone “under” the number, but I have little faith in Matz in this spot start. When trying to get a “read” on starting pitchers, “recent form” is always a great indicator and a good place to start. With both of these starting pitchers having recently come off the injured list as well, I believe that Game 1 of this series is definitely pointing towards a “slug-fest,” rather than a “pitcher’s duel.”