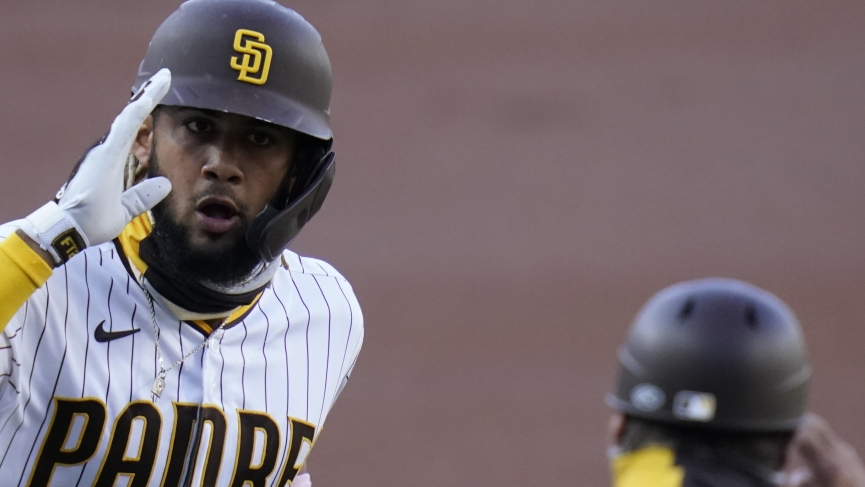 Today we will dive into my Arizona Diamondbacks vs San Diego Padres pick. In an ordinary season, there’s no reason to panic due to a slow start in the first two weeks of the schedule. But as we’re reminded daily, these are extraordinary times and the passing of two weeks on the schedule equals 20% of the season, meaning the Arizona Diamondbacks have dug themselves into a hole as they continue the series in San Diego against the Padres.

San Diego, meanwhile, is off to a decent enough start to the campaign, posting the National League’s 6th-best record and sitting just 2½-games out of the West Division lead. The Padres took the series opener, a 3-0 final that dropped Arizona into the NL West cellar with only the Pittsburgh Pirates off to a slower start in the Senior Circuit.

Saturday’s skirmish at Petco Park gets underway at 9:10 p.m. (ET) with a couple of Texans who are now working on the West Coast are matched up on the mound. Merrill Kelly (1-1, 2.63) takes the ball from Arizona manager Torey Lovullo while San Diego skipper Jayce Tingler hands it off to Chris Paddack (2-0, 2.65). FanDuel has installed the Padres on a -162 chalk line with 7½ runs serving as the scoreboard target.

Snakes Scoring At A Dismal Clip

Arizona bats looked to have awakened this week in a series win at home over the Houston Astros, but the sticks fell silent once again in Friday’s opener at San Diego. The Diamondbacks are averaging just 3.42 runs per game, 3rd-lowest in the NL, and four of their six homers came in one game against Houston. Ketel Marte and Starling Marte are doing their jobs, but the rest of the team is batting just .186. 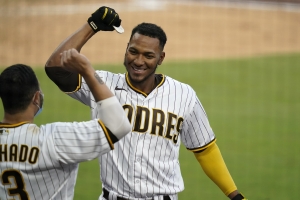 Kelly is coming off a loss to the Los Angeles Dodgers earlier this week, a game in which he was outdueled by Clayton Kershaw. The former Arizona State Sun Devil made just two bad pitches over six innings, a 2-run homer to Cody Bellinger in the first and a solo shot by Mookie Betts in the fifth that helped the Dodgers score all of their runs in a 3-0 final. That outing followed a strong showing in his season debut at Texas, Kelly pitching no-hit baseball into the seventh and leaving in the eighth after 104 pitches in a 4-1 Diamondbacks win.

The Houston native missed the Padres in the first series between the two clubs this season but saw them five times during his 2019 rookie year. Arizona won three of those assignments, one of the losses a real stinker that accounts for most of Kelly’s 3.71 ERA when taking on San Diego. Padres first baseman Eric Hosmer is 4-13 (.308) in their confrontations.

All three runs the Padres scored Friday night came via the long ball, giving them 21 on the year to rank second behind the Los Angeles Dodgers in that department. San Diego has now taken four of the five matchups with Arizona, and nine of the last 14 in the rivalry at Petco Park. Four of the first five meetings in 2020 came up short of the MLB odds. 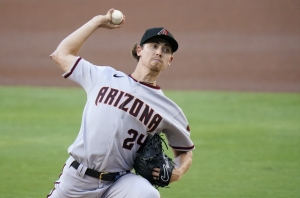 A big factor behind Paddack’s early success has been his control. The 8th-round pick out of an Austin area high school by the Padres in 2015 has walked just one batter in his first three starts covering 17 innings, and none in his last two trips to the mound. Paddack has also served up just two home runs along the way, both of them solo shots, both of them solo shots off the bats of Mike Yastrzemski and Joc Pederson. His 0.94 WHIP is right in line with the 0.98 Paddack registered over the course of 140+ innings during his 2019 rookie campaign.

He beat the D-backs in the season opener with a strong performance, tossing six shutout innings and allowing only four hits. Coupled with his three assignments a season ago, the Padres have won three of his four career starts against Arizona, Paddack registering a minuscule 0.79 ERA in those 22+ innings with 24 strikeouts against just four free passes.

For the third consecutive time this season, Tom Woodring will call balls and strikes in a Padres game. It’s also his 2nd-straight plate assignment with Paddack on the hill. Both of Woodring’s first two games at the dish went ‘over’ the totals, Monday’s contest in San Diego with the Dodgers visiting just scraping past an 8-run mark. The Las Vegas native entered 2020 with a career 61-40-4 O/U/P record.

Your game-time forecast includes clear skies with a 71° reading on the thermometer, a light NW breeze wafting on from the left field. This is a fair price on a pitcher like Paddack who has completely dominated the opponent, making the Padres an easy pick on Saturday.