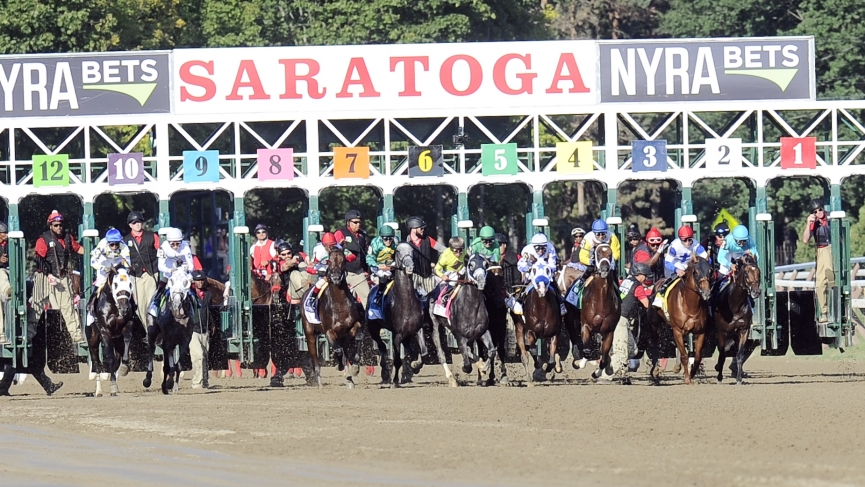 This year’s Travers Stakes picks and predictions, there are 3 selections that I am on. The grade one Travers stakes at Saratoga drew a field of eight horses and it will be the first chance that three-year-olds get to run 1 ¼ mile on dirt. A grade one race, it is typically the event of the summer but this year it will act as the final prep for next month’s Kentucky Derby.

First Post for Travers Saturday at Saratoga is 12 pm Et with the Travers going off as the 11th race of the 12 race program. Scheduled post time for the Travers itself is 6:15 pm Et. Let’s look at the field in post position order:

1 First Line (30-1 ML): Broke his maiden 10 days ago at Saratoga when trying his longest distance to date. Note the one time previous that he tried a route was his debut where he took plenty of money. Connections seem to think highly of him but this spot is ambitious. Can’t recommend.

2 Country Grammer (6-1 ML): Got a perfect ride to win the grade three Peter Pan last time at Saratoga when skimming the rail. Both his wins came at 1 1/8 miles so added distance probably doesn’t hurt him. He has also shown some versatility which will help him. He is not likely however to wire this field, nor is he the best closer and I thought Caracaro ran the best race in the Peter Pan. A minor award at most.

3 Uncle Chuck (5/2 ML): 2 for 2 lifetime including taking the grade three Los Alamitos Derby last time. The second-place finisher from that race, Thousand Words came back to upset the Shared Belief at Del Mar last Saturday. He has plenty of room to improve and is trained by Bob Baffert thus expect him to take a lot of support. My issue with him is he also lacks seasoning and which of his races is really supposed to impress me? His maiden win against four rivals or the Los Alamitos Derby against three rivals? He faced seven horses total in those races and gets seven tough horses in this spot. He will get bet on potentially for a top trainer but as the likely second choice, I’m not that curious to find out how good he is. I’ll let him beat me.

4 Max Player (6-1 ML): Broke his maiden at Parx before winning the grade three Withers at Aqueduct going 1 1/8 miles. Tried the grade one Belmont last time off a four-month layoff and was a good third. His trainer Linda Rice is known for her prowess with horses second off the layoff. He should be tighter for another run at Tiz the Law doesn’t have to be 10 lengths off the lead like last time and expect to see a peak effort. The Pick.

5 Shivaree (30-1 ML): did well two starts ago when dueling with Ete Indien and putting that rival away but had nothing left for the closers in an allowance at Gulfstream. Last time in the grade two Blue Grass, was part of the pace with Swiss Skydiver while Art Collector sat third. Those two kicked on while Shivaree faded. View as a pace presence but hard to recommend. 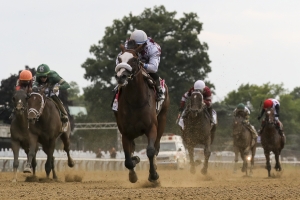 7 Caracaro (10-1 ML): Provided a flashy maiden win in his second career start at Gulfstream. Last time he contested the Peter Pan and finished second to Country Grammer off a six-month layoff. Note, according to Trackus he traveled 46 feet further than Country Grammer and lost by just a neck. Just his fourth-lifetime start and second off the layoff could be sitting on a big effort. Contender.

8 South Bend (15-1 ML): Has seen all of his wins come on dirt including the Street Sense Stakes at Churchill Downs. After some okay races on turf, was moved back to dirt for the Ohio Derby at Thistledown last time. In that race, he lost significant ground on the second turn while rallying strongly to finish second. The winner skimmed the rail, and with a different trip, South Bend likely wins. As a closer in this race, Max Player looks better utilizing that running style. Perhaps a minor award.