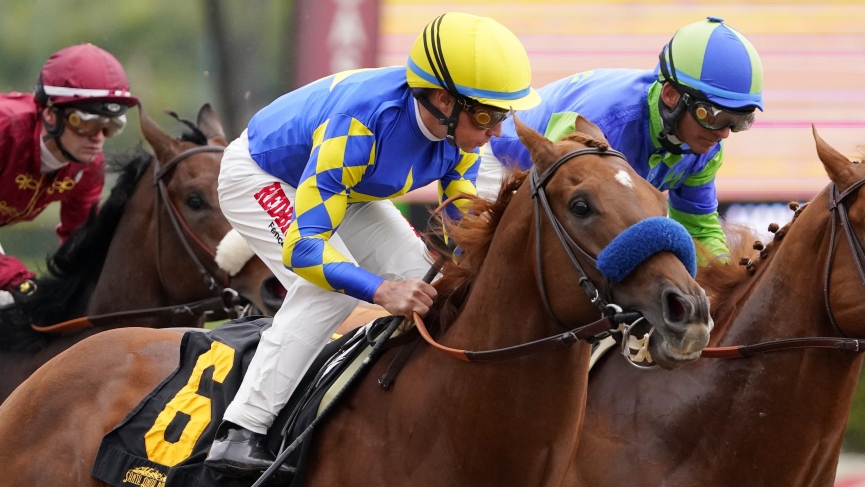 Horse racing picks for a top-notch Memorial Day card at Santa Anita with two grade 1 races both of which we will look at and 10 races at Churchill Downs. It’s a full day of betting this Memorial Day so let’s not waste any time and get started.

The Churchill Downs 7th is a maiden special weight going 6 ½ furlongs. The Chad Brown trainee Union Maiden figures to be your favorite and I’m inclined to take her. She was bet down to 4/5 in her debut from post 9, missed the break, was wide throughout, and still came with a run.

With a 12 horse field and a Beyer that doesn’t stand out I expect her to be a better price than she was in debut (hoping for 5/2). If you thought she was worth a bet last time, how can you not like her here with that experience under her belt?

For a price, the horse I’m interested in is Magic Motion. She has only run once, as a 2-year-old but her trainer Mott is known for giving horses time to develop so the fact she was put away after not the best performance makes sense to me. I expect her to show more here. Fanduel might have that right price for you.

6 ½ furlongs is a demanding distance for first time starters and while there are several in here, the only one I want is Stripping who has been working up a storm and the Cox/Geroux combination hits at a high percentage.

The Santa Anita 9th is the grade one Shoemaker Mile on turf for 3-year-olds and up. There are 4 horses that are 4-1 on the morning line or less and I’m against 2 of them. I’m against War of Will who started his career on turf and went 0 for 4. 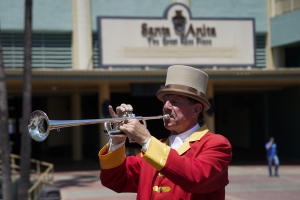 Yes he showed some talent finishing a game 2nd in the Summer stakes at Woodbine and 5th in the Breeders’ Cup Juvenile turf but we are not asking if he can run or win on turf. We are asking if he can win a grade one on turf coming off a 6+ month layoff and at a short price I don’t want to find out.

I am also against River Boyne who is a sparkling 8 for 13 at Santa Anita and won a grade one last out. While he beat Got Stormy in that race, he got a perfect trip saving ground and angling in the 2 path in the stretch. He had a cozy post 2 that day but today he has a ground losing post 11.

I prefer Next Shares coming out of that race as he had to make a wide rally and if you flip the trips, you could argue he would be a grade one winner. Also, Next Shares drew better with post 3. The last 2 times River Boyne and Next Shares met, River Boyne was 9-1 and 5-1 while Next Shares was 27-1 and 8-1. Despite the odds discrepancy from sportsbooks, they each won once and at a better price, Next Shares is a value play to consider.

Both Chad Brown runners can win. Raging Bull showed some improvement with the addition of blinkers in his last 3 races last year. He did have the miss fortune of chasing around Got Stormy when she was in peak form as well as Horse of the year Bricks and Mortar. He had some trouble in the Woodbine Mile but the trouble at the start was irrelevant as he was always going to be last and while he was interfered with in the stretch, don’t think he was ever finishing better than 3rd.

I simply prefer Without Parole. You can ignore his last race at the wrong distance. His effort 2 races ago in the Breeders’ Cup Mile would be very strong here and that race was the first time he competed at Santa Anita and in North America. He was a group one winner overseas at the mile distance, think he becomes a grade one winner today.

The Santa Anita 11th is the grade one Gamely stakes going 1 1/8 miles on turf for fillies and mares 3 years old and up. I am against some of the morning line favorites such as Ollie’s Candy who ran to well to lose last time in the Apple Blossom at Oaklawn when setting a strong pace. Of course that race was on dirt, this one is on turf, and on turf Ollie’s Candy is winless.

She tried this race last year and did not hit the board and her lone attempt at 1 1/8 miles on turf, she made the lead but got caught in the Del Mar oaks. I simply wonder if she wants to go this far and at a short price I don’t want to find out.

I am also against Lady Prancealot who picked up a grade one win at the end of her 3-year-old campaign but that race, just like all her prior races, was restricted to 3-year-olds. In her 4-year-old debut she was 4-1 in her first attempt against older horses and was just a minor player. She has to prove she can beat older horses and at a short price, can do so without me.

I am not against morning-line favorite Etoile who has been training well. She missed by less than a length in a group one, 16 horse field in France, and just missed in her lone try at this distance in a group 3 event. She does however have to prove she can run off the layoff and prove herself in North America.

The horse I’m most interested in is Keeper Ofthe Stars (8-1 ML) who provided a 36-1 upset in her last race the Buena Vista. While she won that race from off the pace, she has also won on the lead and this race is 1 1/8 miles, she has plenty of time to use her tactical speed to get a good early position from a difficult post going into the first turn.

Keeper Ofthe Stars lone try going 1 1/8 miles on turf was a grade one where she was part of a pace that collapsed. She did however beat the other horses that were part of that pace. On turf she has won 4 of 9 races and as she raced more, she has become more versatile than the last time she tried this distance.