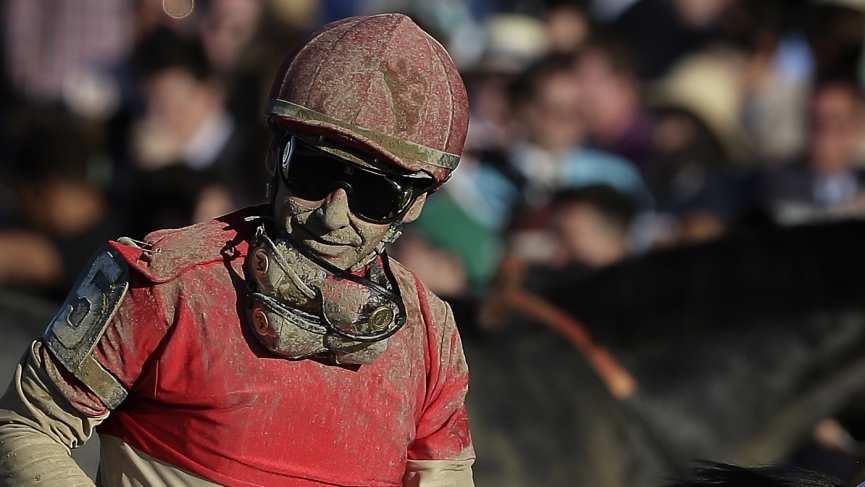 Multiple long shots at Belmont including Paret at 38-1 in the feature, lead to a late pick 5 carryover of more than $300,000. Today’s 10 race program is led by the Harmony Lodge (more on that later). Churchill Downs and Santa Anita both have 9 race programs. Let’s take a look at my horse racing predictions for today’s Churchill and Belmont races.

The Churchill 5th is a $40,000 claiming event for 3-year-olds going 1 mile on dirt. There are 4 horses in this race coming out of a claiming event at Oaklawn and I’m not enamored with any of them. Gangly was the favorite that day and did no running. He can rebound here but the poor performance last time in his initial try for a tag makes him hard to trust.

The race flow of that race favored closers and the winner Artemus Eagle and 3rd place finisher Pepper Pike took full advantage and because of that advantageous race set up, the fact that Pepper Pike broke slowly was probably a blessing in disguise. Don’t think they get that set up here.

New Eagle looks intriguing on paper as he made the first move in a race that collapsed and was passed by the closers but If you watch the replay, River Finn actually made the first move and New Eagle had no excuse for not passing him. He was with the race flow and while he was 4 wide, the winner was 6 wide.

Of the new faces, Ghost Game needs to prove it at a longer distance. Something Natural looks like the favorite going from a stake race to a claiming event. He can win but it’s not like his past races are vastly superior.

The horse I want is Carpe Victoriam (5-1 ML) who looks like the controlling speed. He can however rate if he has to and he is one of two 3 time winners in this field. His lone try at a mile came against much tougher, the Street Sense stakes where he was 41-1, dueled for the lead and understandably tired. He should get an easier pace scenario this time and class relief.

The Churchill 7th is an allowance optional claiming event going 1 1/16 miles for 3-year-old Fillies who have never won 3 races. There are 4 horses coming out of the grade 3 Fantasy at Oaklawn and I prefer Fire Coral (7/2 ML). Yes, she finished behind 2 of her rivals today but part of that had to do with her clipping heels and almost losing the rider at the start. Also, the top 2 finishers were well clear so I tend not to fret over who finished in front of who with that big of a gap. Fire Coral previously had shown versatility winning on a wet and fast track, setting the pace and rallying from off of it and that ability to be tactical is what appeals here.

Shedaresthedevil will probably be favored having won a grade 3 Honeybee 2 back and she was a third of the price Fire Coral was last time and finished ahead of her. My problem with Shedaresthedevil is she got very lucky to find room while saving all the ground in her win in the Honeybee and I thought Alta’s Award ran better being 3 wide the whole way. What happens if Shedaresthedevil has a tougher trip this time?

The Beyer’s tell the story with Atla’s Award. 4 races ago when she broke her maiden she earned a 78 Beyer and last time she earned a 77. In other words, we haven’t seen any real improvement, just the same effort again and again and I don’t think it’s good enough in this race. Some will gravitate to the new face Lucky Betty who is 2 for 2 going a route. The problem is she beat Auction Fever last time who is also here and that doesn’t appear to be the strongest reference. 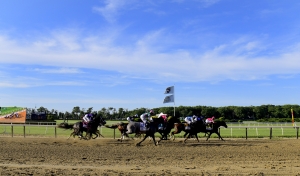 The Belmont 9th is the Harmony Lodge stake for Fillies and Mares 4-year-olds and upward going 6 furlongs on dirt. Royal Charlotte can win and is 4 for 4 at the distance but all her races last year were restricted to 3-year-olds so she is facing older horses for the initial time and off a 7-month layoff.

Chalon has always run well off a layoff but this one feels different from last year. Last year she was coming off a 6-month layoff after a heartbreaking loss in the Breeders’ Cup Filly and Mare Sprint and she was odds on in the Skipat at Pimlico, a race she won comfortably. This time however she is coming off a race that represents one of her worst efforts. It was the first time since the grade one Test in August 2017 that she did not hit board, she has a longer layoff (8 months) and she will not be odds on, in fact, she likely won’t be favored.

Mother Mother will likely be the favorite for trainer Bob Baffert and 2 horses from her last race have already come back to win stake races. In her last Mother Mother had to check soon after the start and that had her further back than she would have liked. My problem with her performance was she was level with 40-1 shot Hang a Star on the turn and was simply outkicked by that long shot. Also, her best races have come at 7 furlongs so she may want slightly longer than this.

If you’re playing the pick 5 I would include all the logical horses but from a win betting perspective, Honey I’m Good (8-1 ML) should provide a fair value. Honey I’m Good is 5-3-1-1 in her dirt sprint races and looks like lone speed on paper. Yes this is a tougher test for her but she has been improving with every start, she has tactical advantage on paper and as the 4th choice in the betting, I’ll take a chance that she can class up.