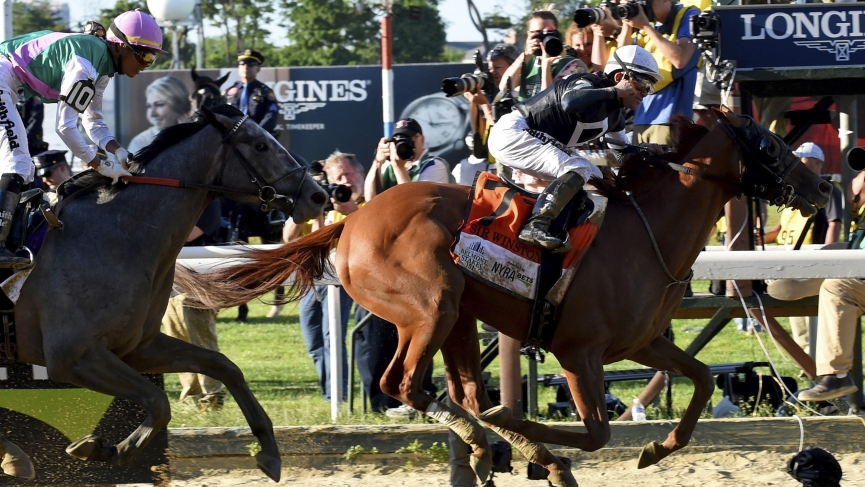 The Churchill 2nd is a $20,000 claiming event for horses who have never won 2 races. I understand the case playing against Urbanite (3-1 ML) who just broke his maiden with a big Beyer for the level and wanting to see him do it again in his first start against winners. He is also facing older horses for the initial time but does get a 6-pound weight allowance for it and the 118 pounds he’s expected to carry is the lowest since his debut.

I’m of the assessment he improved last time with blinkers and instead of finding a difficult starter allowance, the connections lower the price tag to give Urbanite a realistic shot of doubling up. His only race at Churchill saw him come with a rally from a difficult post in his debut and the winner of that race is now a graded stakes winner.

Urban Light will take money on the class drop and his lone dirt race was against much tougher opponents. That said do you really trust him on dirt because I don’t. Liked Holy Muchacho last time and while he was wide throughout, he had no rally. Wanted to like Lord Dragon but he was 2-1 in an off turf race last time at Tampa Bay Downs and he underperformed.

The Belmont 8th is an allowance race going 1 1/16 miles for 3-year-olds and Basquiat is your morning line favorite. He won his debut and goes out for elite connections so I get it. My problem with him is that he got a nice setup and I’m not exactly sure what he beat as only the 6th place finisher came back to win and it was a maiden claiming event.

Both of Tap It to Win’s route races were against tougher opponents but I’d rather watch him put in a good route race before betting on it. Country Grammer ran in the grade two Fountain of Youth last time in his first start against winners and the effort was decent. He got slammed into at the start and came with a wide rally. Of the 2 Chad Brown horses, I prefer him.

Mystic Guide (3-1 ML) is my play. He has been bet in both his races like a good thing. He got to stretch out last time and dazzled under a hand ride. The 3rd, 4th, and 9th place finishers out of that race have all come back to win. He scratched out of the Matt Winn 12 days ago which was won by the favorite from the same owner thus the scratch makes sense as they want to keep their horses separated. Note that Mystic Guide’s regular jockey Hernandez, Jr. typically rides at Churchill but is at Belmont today for the ride (Yes Hernandez, Jr. has a mount in the stake but it’s for a trainer that rarely uses him and he’s not the regular rider of that horse).

The Belmont 9th is a stake race going 1 3/8 miles on turf for 4-year-olds and up to where I want a new face. Yes, classy veterans such as Sadler’s Joy and Channel Maker can win this but Sadler’s Joy consistency will be factored into his price as the likely favorite and Channel Maker’s best races may be behind him.

Standard Deviation is one new faces though his 4-1 morning line is too short for me especially since I don’t love taking horses in their first race back after a trip overseas. Thought Corelli was an interesting new face making his stateside debut. The problem with the new gelding is he appears to want more than 1 3/8 miles and can’t help but notice his perfect 2 for 2 record on synthetic.

The horse I want is Current (12-1 ML). It felt like the connections were doing some experimenting last year. He probably needed his 4-year-old debut and last out in the grade 2 Pan American, he pushed a solid pace throughout. When the heavy favorite Zulu Alpha made his move, Current kicked on with him for an exciting stretch duel before they were both caught at the last moment by Bemma’s Boy who tripped out. A repeat of that effort with a slightly easier trip gives Current an upset chance.