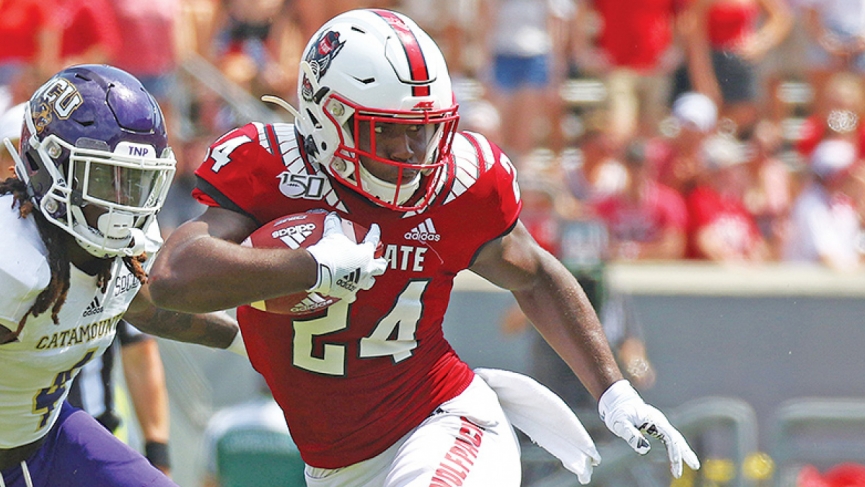 OddsHQ’s Wake Forest vs NC State Pick – 9/19/20: The home team has dominated this series, with a 16-4 ATS record, and the favorite having won 5 of the last 6. The trends point towards NC State, but is Wake Forest a team to be bet against in Week 3?

NC State vs Wake Forest: Is Wake Forest as bad is it looked a week ago against the top-ranked Clemson Tigers? Was 2019 simply an aberration for North Carolina State, or a portent of things to come? Both of those questions might well be answered when the Demon Deacons travel to take on the Wolfpack in one of college football’s oldest rivalries.

It’s the season opener for NC State, with Dave Doeren and his side looking to get off to a winning note after a poor showing in 2019 when the Wolfpack lost eight, including their last six on the slate. Dave Clawson and Wake Forest are out to atone for being manhandled last week. The two head coaches are also out to one-up the other in a battle of coaching wits that has its beginnings from their days in the MAC.

Carter-Finley Stadium in Raleigh, NC is the site for Saturday’s 8 p.m. (ET) kickoff with the game televised on the ACC Network. FanDuel initially sent NC State out as 2½-point chalk, the spread dropping to -1½ two days before the contest with the moneyline -125 on the Wolfpack. Playing the scoreboard means a decision on a 52½-point mark, the total also coming down since opening at 55½.

Wake Has To Get Ground Game Going

Wake Forest might have covered the NCAA football odds last week against Clemson, easily staying inside of the 33-point spread in a 37-13 setback at home, but anyone who saw the game will tell you the Tigers all but toyed with the Demon Deacons. Blame some of Clemson’s mistakes on first-game jitters and the change in normal preparations on the pandemic. The Tigers all but used the matchup much the same way an NFL team would go about business in the third game of a preseason slate.

Defensively, the Demon Deacons couldn’t play with Heisman candidate Trevor Lawrence and the 1st-string Clemson offense. Lawrence completed 22 of his 28 attempts for more than 350 yards, three of the completions going for scores, before he came out early in the second half. Wake Forest also struggled to stop the Tigers ground attack when Travis Etienne was toting the ball for Clemson. The three sacks might have been the lone bright spot for the Demon Deacons on defense.

Clawson also used the game to get a look at several backups, including under center where sophomore Sam Hartman started before freshmen Mitch Griffis and Michael Kern each got a few reps. The passing game wasn’t all that bad under the trio of quarterbacks, but the Demon Deacons couldn’t do anything on the ground against Clemson’s front wall, and that has to change if Wake Forest is going to be avoid being rolled over on the ACC schedule.

The Wolfpack had enjoyed five consecutive bowl trips under Doeren before falling to 4-8 last season. A lot of that can be blamed on the fact NC State was awfully young and inexperienced, along with having more than its fair share of injuries. Those excuses will melt away, however, if the team struggles a second year in a row now that Doeren has reworked his coaching staff and returns a lot of talent for 2020.

There was a revolving door at quarterback last year before NC State settled on Devin Leary, and the sophomore should be under center to start this contest. Any hint of trouble will see Doeren and new OC Tim Beck turn to junior transfer Bailey Hockman or true freshman, Ben Finley. There is depth at running back, and a lot of experience on the O-Line.

Wake Forest might be happy to see Clemson’s defense behind them, but it isn’t going to get all that much easier against the NC State stop unit. The linebacker will be the strength of the defense, and the backfield should be much improved now that they’re healthy.

They have been playing every year since 1908, one of the longest-running annual matchups going on the college gridiron, and it’s the Wolfpack who own a rather comfortable 66-41 lead in the rivalry, six more games ending in a tie. The Demon Deacons, have won the last three get-togethers, however, and nine of the last 15.

Wake Forest coasted to a 44-10 decision in Winston-Salem a year ago, easily covering the -7½-point betting spread for the third consecutive time in the series. Two years ago in Raleigh, the Demon Deacons scored a 27-23 upset as big 19½-point underdogs. The last three meetings all feel short of the totals, three of the last five in Raleigh also finishing ‘under.’

Plenty of clouds will blanket the Saturday night skies over Raleigh, but there’s no rain in the forecast and the game should have an Autumn feel to it with the thermometer around 60° at kickoff along with a light northerly breeze. It might be just an early anomaly, but the ‘under’ has trended strongly for ACC squads so far. I don’t see a lot of points in this one, but I do see NC State scoring enough to cover for my college football pick. The best current price on NC State is at -1 (-110) via DraftKings