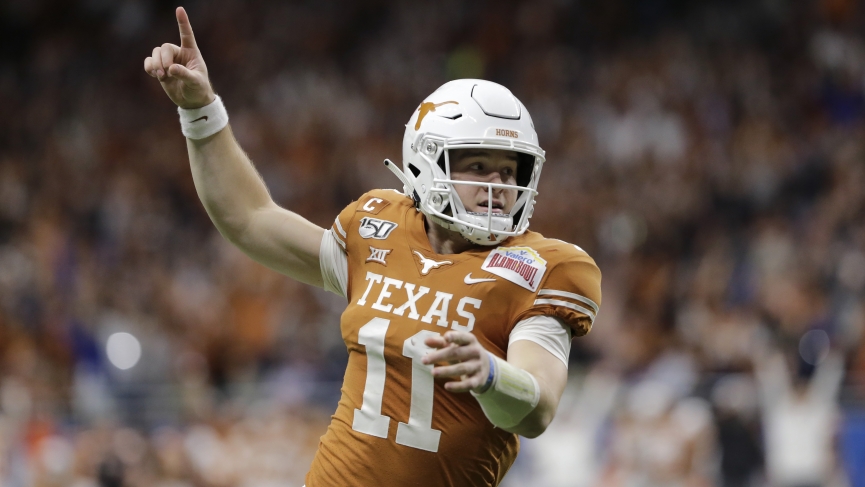 OddsHQ’s Texas vs UTEP Football Pick for this week’s CFB Game Day: The Lobos won just one game last season, but are activating a 55.3% Underdog trend. 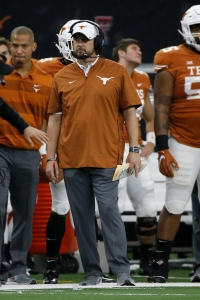 After many years of disappointing seasons, the Texas Longhorns have a roster that has the potential to avenge losses to their Big-12 Conference rival Oklahoma Sooners and make a run at winning the Big-12 Championship. There will be fans in the stands but will be capped at about 25% of the 100,000 stadium capacity. Nevertheless, 25,000 Longhorn fans can make a lot of noise, especially in night games.

Head Coach Tom Herman will appreciate all the fan support as he enters his fourth season with his most talented team yet. The Longhorn defense returns nine starters and will be one of the best in the nation and have several starters, who will play at the next level on Sundays. They also return seven offensive starters including Senior quarterback Sam Ehlinger and left-tackle Samuel Cosmi, who is projected to be another late first-round or early second-round draft pick. The talent is there and most importantly the team chemistry is peaking at the right time.

The Longhorns Will Match the High Expectations

The 2019 season was an up and down one that overall underperformed the potential of the team. The Longhorns went 8-5 straight-up (SU), 6-6-1 against-the-spread (ATS), and the ‘OVER’ went 7-6. In Week 8 they found themselves in a shootout against a vastly inferior Kansas Jayhawks team that they eventually won 50-48 and failed to cover the spread by a margin of 19 points. There were 50 points scored in the fourth quarter with the Longhorns scoring 26 and the Jayhawks 24. So, these are the games that Coach Herman knows this unit can just not have this season.

The Longhorns best regular-season game was in their last home game where they defeated Texas Tech 49-24 and covered the 10-point spread by 15 points. This was a game they trailed 14-6 after the first quarter and then held the prolific Red Raider offense to just three second-half points. They then went on to crush the Utah Utes 38-10 in the Alamo Bowl. The Utes were 11-2 and were ranked as high as No 5 in the Week 12 AP poll. So, this is the best example of Longhorn’s potential for 2020.

Looking at the Analytics

Texas is a solid 9-0 SU and 6-3 ATS for 67% winning bets when installed as a home favorite of 35 or more points and ranked in the Top-25 poll. UTEP has just one advantage if you can call it that, having played a game this season. In Week 1 action the Lobos defeated Houston Baptist University 36-34 but failed to cover as 17.5-point favorites.

UTEP was 1-11 SU and a college fund draining 3-9 ATS for 25% winning bets, and the ‘OVER’ posting a 7-5 record. The Lobos averaged 143 rushing yards per game but allowed 203 rushing yards to their opponents. The same with the passing game as they gained an average of 191 per game but allowed 228 per game. When the offense is not able to sustain drives and the defense cannot get off the field you end up with scoring just 19.6 points-per-game and allowing a whopping 35.9 points per game. One of the worst point differentials in College Football.

How do HUGE Underdogs fair on the Road?

Historically, teams that won one or no games in their previous season and find themselves installed as a 37.5 or more-point underdog have earned a decent 68-55-3 ATS record for 55.3% winning bets. In case you were wondering the SU record is 1-125 and that win was when Howard upset UNLV 43-40 as 45-point underdogs in Week 1 action of the 2017 season. Even better for the Lobos is that when these huge underdogs are 41-28 ATS for 59.4% winning bets (0-69 SU) on the road and facing a non-interested opponent that won eight or more games in their previous season. So, a bit of history supporting UTEP in this mismatch against Texas.

The Longhorns are ranked 14th in the inaugural 2020 season poll. The bad news for bettors looking to lay the points is that teams that won one or no games in the previous season and are road dogs of 37.5 or more points and facing a team ranked 15th or better have cashed the betting tickets at 72% clip sporting an impressive 18-7 ATS record since 2005.

Take the UTEP Lobos plus the points against the Texas Longhorns. The best current price on the Lobos is at +43.5 (-110) via BetMGM