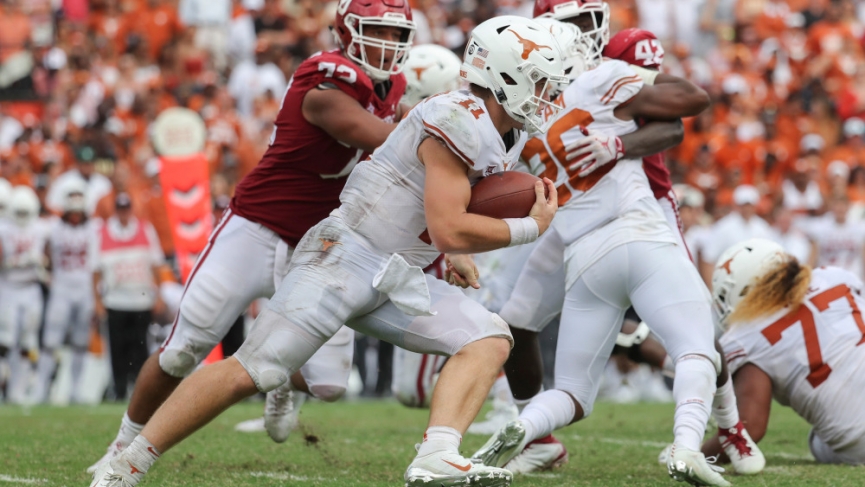 Odds.com’s Texas vs Oklahoma Pick – College Football Week 6: The Red River showdown will have a completely unusual look this year has many other events before the game has been canceled. The Texas State Fair, which is always a bustling situation outside the Cotton Bowl, has been canceled. Each year each respective team’s bus would follow a route straight through the middle of the Texas State Fair with fans from both teams cheering and booing depending on which bus was going by at the time.

How Strange This Game Will Be

Even more unusual than the absence of the Texas State Fair is that both the Oklahoma Sooners and Texas Longhorns are not posting winning records. The Sooners have lost their last two games after being ranked No 3 in the country just two weeks ago find themselves not ranked when playing in the Red River showdown. Even the Longhorns have underperformed in our sitting at two and one overall 2-1 record and 1-1 in Big 12 conference action.

It is incredible in and of itself that the Sooners are on a losing streak. Since 1980, The Sooners have lost two games in a row on 19 occasions. The last time that this has occurred was in 1999 in Week 8. Although it has been more than 20 years ago since the Sooners lost back-to-back games, they did come back the following week and defeated the Texas A&M Aggies at home 51-6 and covered the spread as 3.5 point underdogs.

The Sooners find themselves not ranked, which is also a rare occurrence. Since 1995 there have been only 12 weeks and 12 games that the Sooners played in a game and were not ranked. The last game they played and were unranked was in Week 5 of the 2016 season. The Sooners traveled to play the Texas Christian University Horned Frogs and defeated them in a shootout 52-46 and covered the spread as 3 1/2 point favorites.

What Does the Betting Line Show Us? 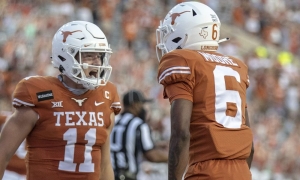 Here is a Betting System to Track

Here’s a college football betting system it has produced excellent results over a 10-year span sporting a 43-15 against-the-spread (ATS) record for 74% winners. The dime player using this system has made $27,250 over the last ten seasons. The requirements for the betting system is to bet against any team that is lined on within three points on either side of pick-em and has been outscoring their opponents by 7 or more points-per-game and with a struggling defense that has allowed 31 or more points in two consecutive games.

In a rare twist of fate, this betting system, as good as it is, is active on both teams. Both teams are outscoring their opponents by 7 or more points per game, and both teams are coming off horrible defensive performances allowing 31 or more points in two consecutive games. Although this betting system will not apply to this matchup, it is worthy of tracking, given the substantial success over the last ten seasons.