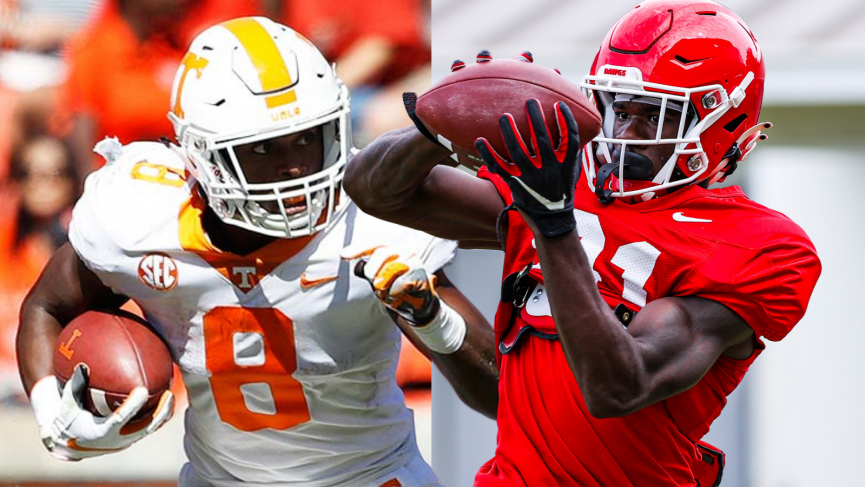 Odds.com’s Tennessee Volunteers vs Georgia Bulldogs Pick – College Football Week 6:This SEC matchup between #14 Tennessee volunteers and the number 3 ranked Georgia Bulldogs will go a long way to decide the standings in the East Division of the SEC. The Bulldogs have a 2-0 record overall with both games occurring against SEC opponents. Last week The Bulldogs dominated an exceptionally good Auburn Tigers team to remain perfect on the season. Volunteers are 2-0 overall and both wins have come against SEC foes. They have won eight straight games including the final six games last season but find themselves installed as 12-point road underdogs.

The Volunteers head coach Jeremy Pruitt is in his third season with the best team he has had to coach including nine returning starters on offense and eight on defense. Junior redshirt quarterback Jeremy Guarantano returns as well and his experience and leadership have been a big part of the 2-0 start to the season. He has completed 33 of 54 passes for 61% completions, 449 passing yards including two touchdowns, and zero interceptions for a solid 143.2 quarterback rating.

The Volunteers have more depth and experience across their offensive line than any other SEC program. The offensive line is the most complex unit on the field and requires hundreds of hours of repetitions so the unit can develop that chemistry among them that is so critical for any football team.

Can Clemson (0-3 ATS) Finally Get a Cover on Saturday vs Miami?

The Bulldogs have returned just three starters on offense, but eight on defense for this season. Junior quarterback Stetson Bennett, who was a walk-on in 2017, has stepped up and posted numbers that reflect an experienced SEC quarterback. He is 5-11 and 190lb, which is a bit on the small end of the prototypical quarterback but has delivered big. Through two games he has completed 37 of his 57 passes for a 65% completion rate, gained 451 passing yards including three touchdowns and zero interceptions for a solid 148.7 quarterback rating.

What Does the Betting Line Tell Us?

Why I’m on the UNDER 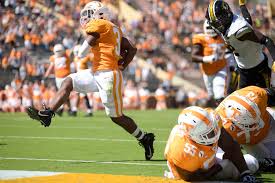 This betting system has done very well over the last 10 seasons winning 77% of the bets made on a 33 and 10 record. The requirements for this betting system are to play under the posted total with any team in a game with a total between 42.5 and 49 points after allowing 14 or fewer points in two consecutive games and is now facing an opponent after allowing seven or fewer points in the first half of each of their last two games. During one stretch of this betting system back in 2017, it had won 15 of 16 plays until going five and three over the last three seasons.

The history between these two schools shows that over the last 32 games The Bulldogs hold a slim 17 to 15 edge and the betting numbers are perfectly even at 16 and 16 against the spread. Benny over has gone nine and five for 64% in 12 games in which there was a line posted. Georgia has won the last three matchups with Tennessee that ended a streak of nine consecutive wins by the volunteers dating back to 2000.

SEC ranked teams installed as double-digit underdogs playing with triple have earned a horrible 2-27 SU record and 12-16-1 ATS mark and with the over posting a winning record of 12- 8 for 60% winning bets since 2000.

The machine learning models project that this game will be won with the team that has the better ground attack. The Volunteers are projected to rushing or 150 or more yards and will have more rushing yards than the Bulldogs. In past games in which the volunteers met or exceeded these performance measures,  they earned a 52-6 SU mark good for 90% wins and 37-20-1 ATS for 65% winning bets since 2010. If the volunteers were playing on the road, they have been an impressive 10-4 SU for 71% wins and 9-5 ATS for 64% winning bets since 2010.