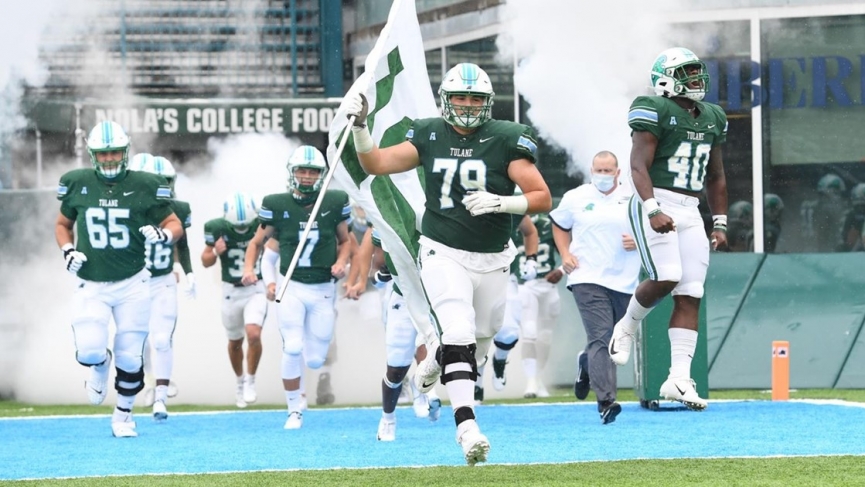 Odds.com’s SMU vs Tulane Pick – College Football Week 7: SMU comes into week 7 as the #17 team in the country, but have gone 1-5 ATS in their last six games on the road. On Friday night, the Mustangs head into New Orleans to take on a Tulane team that are 7-1 in their last 8 at home, including a 5-0 run as home underdogs.

The SMU Mustangs are off to a perfect 4-0 straight-up (SU) record and have won their backers money with a 3-1 against-the-spread (ATS) mark good for 75% winning bets this season. They have won three consecutive ATS games after failing to cover in the season-opening 31-24 win at Texas State.

What are the Opening Betting Flows Revealing?

The action has been above average, with more than 700 tickets already placed on this game as of Monday evening. The Mustangs get the most attention from the professionals and the ‘Joes’ (betting public) in early betting action with 64% of the tickets and 80% of the money bet. If the betting enthusiasm on the Mustangs does not exceed 75% of the tickets, there is no concern that a contrarian bet could be in force.

Are there Any Betting Systems for This Game?

There are betting systems for this game, and this one ranks among the best systems and algorithms of the more than 3,500 in the database repository. The College Football system has earned a solid 230-56 SU record good for 80.4% wins and a 178-106-2 ATS record good for 63% winning bets since 2012.

The requirements for this system are to bet on away favorites facing an opponent that is allowing 31 or more points-per-game and with that opponent coming off two consecutive games that ended with 60 or more points scored.

Tulane is allowing 34.5 points-per-game and exceeds the 31 points-per-game system requirements. They have also played in back-to-back games that exceeded 60 points scored. Two games ago, the Green Wave defeated the Southern Mississippi Golden Eagles 64-24 for a total of 88 points and easily covered the total line of 54.5-points. Last week they lost to the Houston Cougars 49-31 for a combined total of 80-points scored and easily went ‘OVER’ the 58-point posted total.

There is a second system that supports the Mustangs and has earned a solid 88-44 ATS record and 67% winning bets over the last ten seasons. The requirements are to bet on a road team facing a host that is scoring 35 or more points-per-game on the season and is coming off a dreadful loss of 17 or more points.

Currently, the sportsbooks have the Mustangs priced as 6.5-point road favorites, and the total is posted at 63 points. This pair of betting lines implies a final score of the Mustangs winning this game 35-28.

The Green Wave are a horrifying 3-51 SU for just 5.6 % wins, including 9-45 ATS for 17% winning bets when they have allowed 28 or more points and committed more turnovers than the opponent in games played since 2010. Moreover, they have lost these games in blowout fashion by an average of 26.6 points SU and failed to cover the spread by an average of 11.5 points.  Last, the Green Wave has posted a 1-24 SU record for 4% wins and 3-22 ATS for 12% winning bets in home games in which they allowed 28 points and had more turnovers than the opponent since 2010.

Take the No 17 SMU Mustangs laying -6 points (via DraftKings) as a Best Bet.