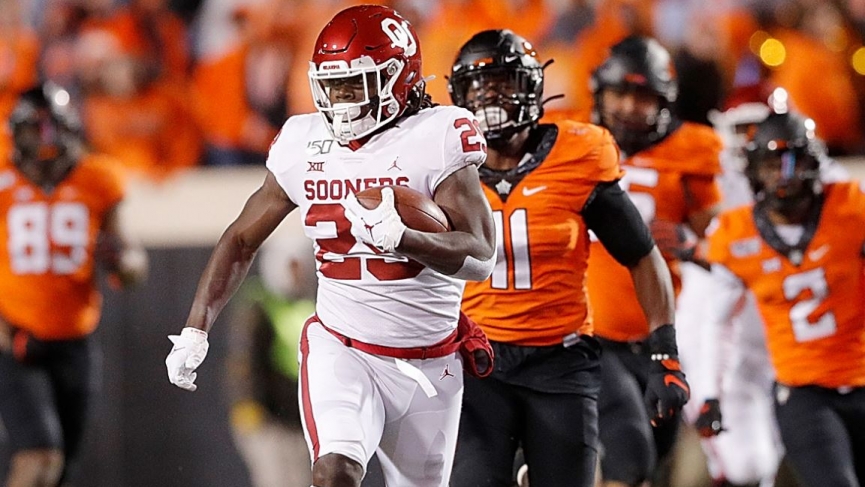 Oklahoma State vs Oklahoma Pick – College Football Week 12: Bedlam is back, and it’s bigger than ever! Well, this year’s collision between Oklahoma State and Oklahoma is at least hugely important to any chance the Big 12 might have to be included in the College Football Playoffs. Simply put, the Cowboys have to win out, and even then get a lot of help, something the Sooners won’t be too hospitable in handing out.

Let’s face it; Oklahoma State’s chances – as well as the Big 12’s – for the playoffs went out the window when the Cowboys dropped an overtime decision to Texas on Halloween. Mike ‘The Man’ Gundy’s group followed that up with a lackluster 20-18 triumph at Kansas State, needing some breaks in the second half to avoid the outright upset as 14-point chalk on the NCAAF odds. Top tailback Chuba Hubbard injured a leg in that contest, and is questionable this week.

Lincoln Riley and OU coughed up their hopes for the CFP with those two losses to Kansas State and Iowa State to begin the Big 12 slate. The Sooners have since gotten things together to resemble the team that was ranked No. 5 in the preseason. Like the Cowboys, Oklahoma also took last week off following a 62-9 laugher at the expense of Kansas. Spencer Rattler suffered a hip pointer in the victory and is listed as questionable though Riley expects the redshirt freshman QB to play.

The Sooners have won the last five, and seven of eight, to increase their domination in the rivalry to 89-18, along with seven ties. If there’s any consolation for the Cowboys in that 7-year stretch, it’s that their lone win did come in Norman during the 2014 campaign. Oklahoma was 2-TD chalk in last year’s skirmish at Stillwater, and covered with a 34-16 final. Three of the last four at Memorial Stadium sent ‘over’ bettors back to the pay window.

There’s a 40%-60% chance of showers in Norman’s forecast throughout Saturday, the weatherman calling for temps in the upper-50s at kickoff. Whatever slim chances Oklahoma State has of the playoffs will be a moot point after Oklahoma posts a 35-21 win; lay the points on the Sooners.