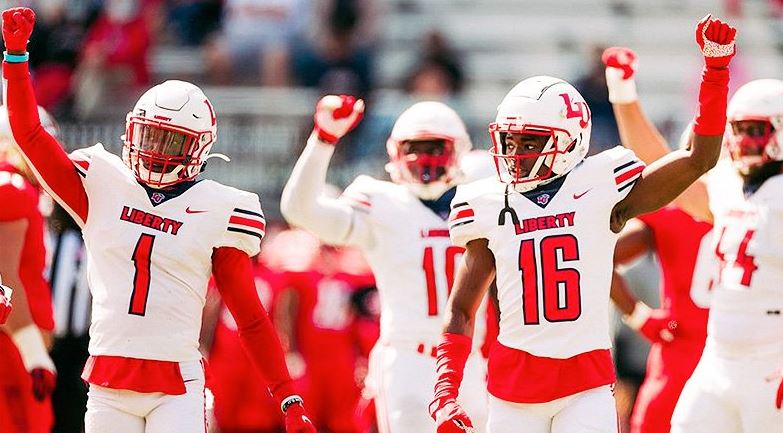 Liberty vs NC State Odds – College Football Week 12: The Liberty Flames come into Saturday night’s game against NC State riding a 5-0 ATS streak and have covered 7 of their last nine against ACC teams, including an outright win over V-Tech as a +470 underdog two weeks ago. Meanwhile, despite facing a top 25 ranked team, the Wolfpack of NC State are lined as the favorite in Saturday’s matchup and are on a few streaks of their own. NC State has covered in their last four games at home and are 5-1 ATS in their previous six games overall.

Liberty are 6-2 ATS in 2020 and 2-0 ATS as an underdog. Both times that the Flames were lined as the dog, they picked up outright wins, most recently against Virginia Tech, as a +470 underdog. Liberty is one of the most profitable teams to wager on to win outright in 2020. A $100 bettor would be up +$1039 profit backing Liberty on the Moneyline during their 8-0 start to the NCAA football season.

NC State have been extremely profitable themselves in 2020, going 4-2 ATS as an underdog, winning three of those six games outright, including back-to-back wins over Pittsburgh and Virginia as +410 and +225 underdogs, respectively. With a 5-3 record, the Wolfpack have returned a +$596 profit on the Moneyline to a $100 per game bettor. That’s +$74 per game, win or lose.

This is an extremely tough game to breakdown, as both teams have faired well beyond their expectations in 2020, but you have to side with the Flames here, strictly from a value perspective. Liberty are a ranked team at #22 in the country; both times, they have been lined as a dog, they have won outright.

These two teams have one common opponent this season, and that’s Virginia Tech. Liberty dramatically defeated V-Tech, cashing as a long-shot underdog, while NC State lost to Tech by 21 points in their second game of the season, failing to cover the spread by 14.5 points. Yes, college football math doesn’t always work out, but none the less, it is just more evidence to back the reasoning behind betting Liberty to win this game.

Liberty has averaged 490.9 yards per game on offense while allowing just 308 yards per game in their first eight games of the season. The Flames offense seems to have the edge over the Wolfpack’s defense; the question is and likely the deciding factor in this game will be how Liberty’s defense performs against NC State’s offense. The Flames have allowed just 22.1 points per game in eight games this season, while NC State has allowed 33.9.

It’s a stone-cold dog or pass spot on Saturday night. Liberty is a better team than the market has given them credit for, and while NC State has faired well against expectations, it seems that this undefeated, ranked Flames team is getting slightly disrespected. It’s tough to make a case for betting NC State in this game, and it wouldn’t be shocking to see Liberty win this game by double digits.