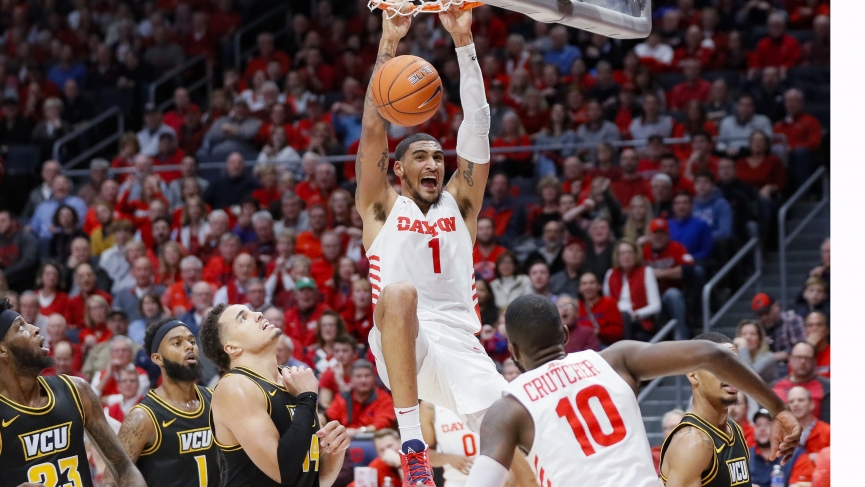 Oh, what a wonderful run it was for Anthony Grant and the Dayton Flyers this past season. Too bad it will be remembered by only a few once the 2020-21 campaign cranks up, and all but forgotten once the dust of a few seasons settles on the history books.

Even worse, it’s going to be extremely difficult for Grant and the Flyers to replicate to establish themselves as perennial contenders among the mid-majors and an annual threat at the NCAA Tournament, a la the Gonzaga Bulldogs. Some of that has to do with Dayton not being able to strut its stuff as one of the top-seeded sides at the Big Dance, which could’ve showcased the program to recruits for several years to come. And some of it has to do with the blindness the general public has when it comes to smaller conferences such as the Atlantic 10, leagues that are already handicapped without ample media coverage.

Why The Flyers Will Not Repeat As A-10 Champs

College coaches are accustomed to roster turnover, a job that has been made more demanding in recent years with transfer rules being relaxed. But no coach faces a bigger hole to fill than Grant after Obi Toppin declared early for the NBA Draft. 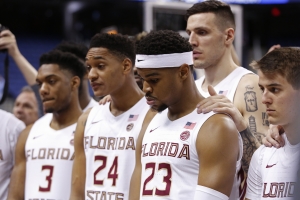 An easy choice for A-10 Player of the Year honors, Toppin led the Flyers with a 20.0 PPG scoring average while also pulling down 7.5 rebounds per game. The 6-9 sophomore also ranked top 20 in the nation converting more than 63% of his field goal tries, and is projected to go as high as a top 10 pick when the NBA holds its annual selection process. Adding to Grant’s task is the potential of losing Jalen Crutcher as well. The 6-1 junior ranked second behind Toppin scoring 15+ per contest and led the Flyers dishing out nearly five assists per game.

DraftKings has Dayton as a +4000 selection on NCAA basketball futures to go the distance in 2021 holds out at least some promise. Still, the Flyers aren’t the top A-10 team on that list with the Saint Louis Billikens checking in at +3500. A lot of the Billikens potential is riding on the ultimate decisions Jordan Goodwin and Hasahn French make regarding the NBA. The Davidson Wildcats, who never recovered from a slow start in conference play, and VCU Rams should also be stronger next season.

Why The Flyers Will Repeat As A-10 Champs

No team was on a better run at Dayton when last season came to a screeching halt. The Flyers had reeled off 20-straight wins, the last 18 against conference foes to become the first team since the 2006 George Washington Colonials to run through an A-10 fixture unblemished. Dayton’s only two losses came in overtime on neutral floors, the first to the Kansas Jayhawks in the Maui Invitational Championship, and the other in Chicago against the Colorado Buffaloes on a 3-pointer at the buzzer in extra play.

If we assume for the moment that Crutcher – who really hasn’t had a lot of feelers from NBA teams – returns to Dayton, that would be a huge step forward in making a strong run at another conference crown. Crutcher would give Grant three experienced seniors in the backcourt to build around with Ibi Watson and Rodney Chatman also set to return to Dayton. Chatman might be the most critical of the two since he could take minutes at the point, opening Crutcher up to concentrate more on scoring.

Incoming freshmen include a trio of tall and athletic guards in Koby Brea, RJ Blakney, and Lukas Frazier. There’s talk about Brea potentially redshirting due to still being 17 when the season is scheduled to open. Additionally, Grant landed Zimife Nwokeji, a 6-7 forward who spent the spring at Dayton and would give the Flyers much-needed help down low. The Flyers also redshirted 6-9 center Moulaye Sissoko last season. No, none of them came attached with 5-star labels. But then, neither did Toppin two years ago when Grant put him in a Dayton jersey.

Flyers Go From Hunter To Hunted In A-10

Predictions prior to the start of the 2019-20 season had Dayton among the second tier of contenders, with most projections calling for a 3-team race between VCU, Davidson, and Rhode Island. After pulling off a perfect 18-0 mark, the Flyers will have targets on their backs with 13 other teams looking to take them down. Once the slate does come out, be sure to circle Dayton’s matchups with Saint Louis and Richmond, along with VCU and Davidson.

An interconference challenge between the A-10 and Mountain West is also part of the Flyers’ schedule. Dayton is tentatively slated to travel to take on Nevada in early-December; the marquee game in the challenge could be San Diego State in Saint Louis against the Billikens. The Flyers are also part of the lineup in the Myrtle Beach Invitational, another MWC opponent possible there against the Utah State Aggies. Missouri, Nebraska, and Pittsburgh are other potential matchups for Dayton.

The Flyers did a great job covering the college basketball odds a year ago, cashing tickets in 19 of their 31 contests. But until there’s word Crutcher is returning, the odds of Dayton repeating in the A-10 just don’t seem inviting.