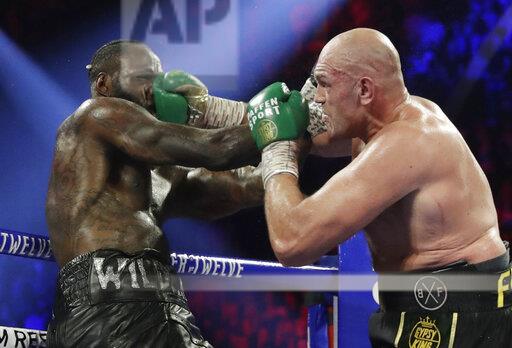 Anytime a boxing rivalry is set to see a trilogy fight, the outcome usually runs deeper than just championships and title belts. That is just the case as the third and final chapter of the Tyson Fury-Deontay Wilder saga is set to be written later this year. After an instant classic in the first meeting, Fury controlled the second fight en route to a TKO victory. Here is a breakdown of the betting odds for the upcoming trilogy bout, a look at how the lines have evolved over the course of the series, and a look at the impact that the trilogy fight could have on each boxer’s career going forward.

Date/Time: TBD (original date of July 18 is moving to the fall due to the COVID-19 pandemic)

If one thing is for certain, Fury’s domination in the second fight is certainly accounted for in the lines for the trilogy bout. When you consider that Wilder was a -135 favorite for the second meeting earlier this year and Fury a +115 underdog, oddsmakers have adjusted the lines plenty. If Fury had simply won the second fight, it is highly unlikely that we would have seen such a dramatic shift in the lines. But he did more than just win, controlling the fight from the opening bell. Wilder was out on his feet long before the fight was actually stopped, and a TKO victory declared.

The second fight odds were even closer than they were heading into the epic first clash between the two back in 2019. Sportsbooks pegged Wilder as a -160 favorite in the eventual draw, while Fury was a +130 underdog. The odds have certainly evolved a long way from their first fight status to the trilogy!

Tyson Fury represents the United Kingdom, and by way of his victory over Wilder in their second fight, calls himself the WBC Heavyweight Champion. Additionally, the 31-year old Fury holds the lineal heavyweight belt, which he carried into and defended in the second fight. Only one of the two could walk out with their unblemished record still intact and that was Fury, who now sits at 30-0-1 with 21 victories coming by way of knockout (67.74%). What really makes Fury a unique fighter is the speed and technique that he possesses despite standing 6’9” tall. He almost fights with more finesse than he does power even as a heavyweight. He comes at you with an 85” reach out of his orthodox stance. And as Wilder found out the hard way, Fury is not afraid to march forward and bring the fight to you.

Deontay Wilder hails from the United States, a native of Tuscaloosa, Alabama. Despite being just three years older than Fury at 34, Wilder has 12 more fights on his professional record, primarily a result of Fury’s stepping away from the sport for a brief stretch for personal reasons. Wilder’s 42-1-1 record has seen an unprecedented 41 wins come by knockout (93.18%). The Bronze Bomber often just bides his time during fights, sizing up his opponents and waiting for the opportunity to unleash his lethal right hand. He falls on the lighter end of the heavyweight division, only weighing 213 pounds, but the power in his punches is unprecedented. He is able to get the entirety of his 6’ 7” frame behind them and also has an 83” reach. The biggest question is whether or not he has the technical boxing skills to combat a forward-marching Fury.

Aside from Fury’s WBC and Lineal Heavyweight Championships, both fighters’ futures are very much on the line in the trilogy match. The Gypsy King has gone on the record as saying he plans to retire after two more fights. With a win over Wilder, that would likely give him the opportunity to retire as the undisputed heavyweight champ as a unification bout with Anthony Joshua (should he also get past Kubrat Pulev) would probably be on the horizon.

Meanwhile, Wilder has taken a major bet on himself by invoking the rematch clause immediately. Rather than build himself back up with a couple wins against other opponents, the Bronze Bomber will seek to avenge his only loss and reclaim his spot atop the heavyweight conversation. He too would likely have a unification bout in his future should he emerge victorious.