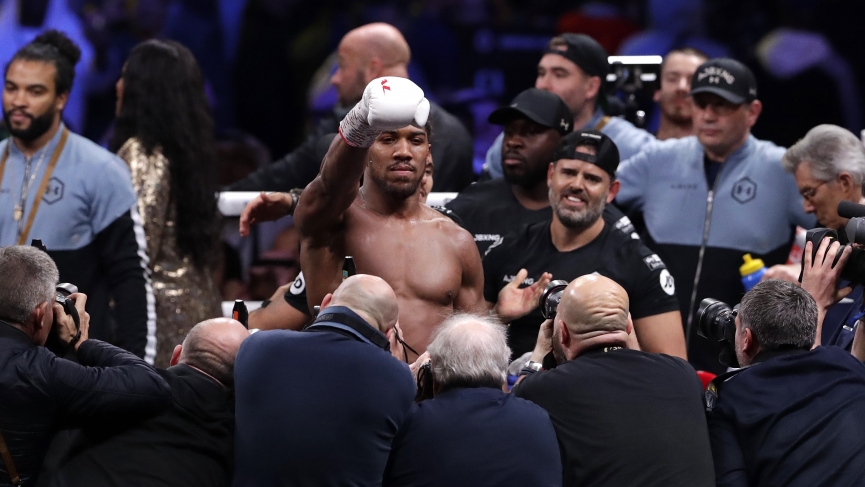 Date/Time: TBD (original date of June 20 is now up in the air due to the COVID-19 pandemic)

The resurgence of boxing’s heavyweight division will continue later this year when 4-belt champion Anthony Joshua puts all of his titles on the line against veteran Kubrat Pulev. Joshua is currently listed as a heavy favorite at sportsbooks, but as we have seen before, one punch can totally change the outlook in a heavyweight fight. Here is a preview and breakdown of the betting odds, fighters, and what will be on the line when the two step into the ring.

Bettors looking to back Anthony Joshua will have to lay some significant lumber with the current -1200 price. Meanwhile, at 7 to 1 odds (+700), Pulev offers a much more attractive wager in terms of value. For what it’s worth, legendary promoter Bob Arum predicted a Pulev upset win over Joshua in an early-March interview.

Pulev is far from the biggest betting underdog we have seen Joshua face. Joshua’s first title fight against Andy Ruiz Jr. last June saw the challenger (and eventual winner) come in at 32-1 odds. Just to further put into perspective how big a betting upset that TKO victory for Ruiz was, Buster Douglas was a 42-1 dog when he stunned Mike Tyson back in 1990 in what is widely considered the biggest boxing upset of all time. Joshua’s most recent fight, his rematch with Ruiz, saw the lines hold much closer. Joshua, relegated to challenger in that bout, was a -205 favorite while Ruiz was +175 on the comeback.

The most notable common opponent between Joshua and Pulev is former champion Wladimir Klitschko. Although it should be noted that Pulev got a Klitschko that was three years younger than the 41-year old version Joshua defeated in 2017. Klitschko was a -570 favorite over the +480 underdog Kulev in their 2014 bout while Joshua enjoyed -250 odds in his title defense against the former heavyweight king, a +200 dog in what was  his final fight.

Hailing from the United Kingdom, the 30-year old Joshua is now infamously known for being on the wrong end of what was one of the greatest upsets in boxing history. His TKO defeat at the hands of Andy Ruiz Jr. inside Madison Square Garden stands as the first and only loss of his pro boxing career. He took full advantage of the rematch with Ruiz in Saudi Arabia last December, earning a dominant unanimous decision win and regaining all four of the titles he lost (WBA, WBO, IBF, and IBO World Heavyweight Titles). Joshua stands a crisp 6’ 6” and brings an 82” reach to the fight. Joshua’s 23-1 record includes 21 wins coming by way of knockout (87.5%). The orthodox fighter has shown the ability to combine power punches with graceful and sound boxing technique.

Meanwhile, the 38-year old Pulev figures to be nearing the end of a fine professional career. The Bulgarian will cede advantages to the champ in both the height and reach departments where he comes in at 6’ 4.5” and 79.5” respectively. Pulev enters his fight with Joshua with a pro record of 28-1. This includes 14 wins by way of knockout (48.28%). His only professional defeat came at the hands of Klitschko, the only other world title fight of his career. Like Joshua, Pulev fights orthodox.

Pulev is earning this title fight with Joshua on the strength of his number 1 contender ranking in the IBF ranks. He is also ranked 4th by the WBO and 12th by the WBA. You can throw the rankings out the window though as this fight is for all three belts, as well as the IBO title. While that is the hardware at stake, it is worth noting what a win for either fighter could mean going forward as well.

The only heavyweight titles that will not be contested when Joshua and Pulev get together are the WBC and lineal belts. These are currently held by Tyson Fury after his TKO win over Deontay Wilder earlier this year. With Wilder invoking his rematch clause immediately, the trilogy fight in that series will take place later this year as well, most likely in September or October. Whoever emerges from that with the WBC belt around their waist could very well be next in line for the winner of the Joshua-Pulev bout in what would be a massive heavyweight title unification fight. Should it be an all British affair between Joshua and Fury, the U.K. may be turned upside-down!