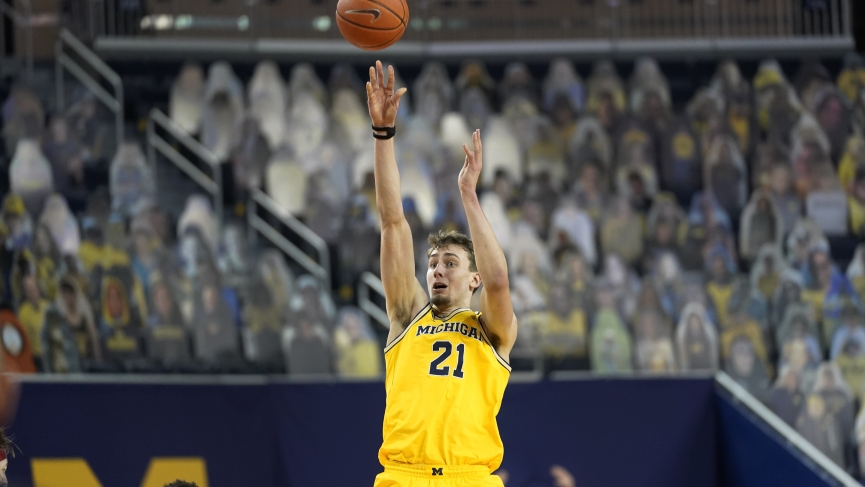 March Madness East Region Betting Handle Breakdown: The East region will be kicking off Saturday along with the West. This is the first time since the bracket was expanded to 64, where the same side of the bracket had all 16 games go on the same day. The East region also has two play-in games going on Thursday, so they will all play on Saturday. Here is a breakdown of the betting handle and ticket count for every matchup in the East.

The matchup between LSU and St. Bonaventure could be significantly more important as the winner will take on a Michigan team without Isaiah Livers. A win on Saturday gives either team a much better chance to reach the Sweet 16 next weekend.

A little under 3,500 bets have been placed on the games, with 59% of them backing the Bonnies. However, the Tigers receive 74% of the dollars wagered, showing big money on LSU. The pros are beginning to take a position on St. Bonaventure +1.5 with sharp money signals on them.

Colorado will take on Georgetown in the dreaded 5/12 matchup this weekend. The Hoyas are coming off an incredible run to make the NCAA tournament after winning the Big East tournament last weekend. Now, they take on a veteran Buffaloes team that is looking to reverse course themselves.

The Buffaloes are receiving most of the bets (58%) and the money (56%) for this matchup. As of writing, 4,300 tickets have been placed on the game with no key movements on either side. The line has stayed at 5.5 all week, but that doesn’t mean something big could happen before Saturday.

After falling to Georgia Tech in the ACC Championship Game last weekend, Flordia State will take on a tough UNC Greensboro team who could put the Seminoles on upset alert. However, Florida State’s athleticism could be a lot for the Spartans.

Sharps and big money are coming in on Florida State for this matchup. 56% of the bets and 89% of the money is being placed on the Seminoles this week, with 3,400 bets being placed. However, the line has dropped from FSU -11 to -10.5, which is odd given where the money is coming from.

Texas is a sleeper to come out of the East region in this tournament but will have a tough matchup against Abilene Christian in the first round. Both teams play similar styles, but the Longhorns be ready to handle the pressure after seeing Texas Tech three times this season.

No crazy signals have come in on this game, even though it is interesting that a 3-seed is only a nine-point favorite over a 14-seed. 55% of the bets and 51% of the dollars are currently coming in on the Longhorns, as of writing. 3,500 tickets have been placed on one of the last games of the opening round.

Uconn comes into the NCAA tournament for the first time since 2016 and under Dan Hurley. The Huskies will take on a Maryland that made it through the Big Ten’s gauntlet this year. Fortunately, Uconn is getting healthy at the right time and will be tough for anyone they face.

The public and the money are all over Uconn in the first round. 60% of the bets and 76% of the money is coming in on the Huskies in the opening round matchup, with only 2,600 bets placed on the game. The numbers should increase closer to tip-off Saturday.

Rick Pitino is in the NCAA tournament for the first time since 2017 after leading Iona to a MAAC Conference Title. He has a tough task going up against Nate Oats Alabama Crimson Tide. The storylines will be a lot more fun than the matchup itself, as Bama should cruise into the next round.

The consensus spread still sits at Alabama -17 and has stayed there all week. 69% of the bets are on the Tide, while 68% of the money comes in on Iona. Despite the difference in money, it appears that sharp bettors are holding the line as they take a position on Alabama this Saturday.